Imagine the rush a surfer gets, when they first learn to stand up on a surf board and ride their first wave. Do you think it is addicting?

They form a game out of it. They start to see just how long they can ride the wave and also get that wonderful adrenaline rush, that comes with the adventure of the wave.

So, one must look at life as a wave. One must look at the energy and chaos, as that wave. A thing of great force. It contains so much will and inspiration, that spiritual mystics wish to ride it, for the thrill of the adventure. The wave can sometimes symbolize our love, our life, our human experience. Then again the wave can also symbolize who we are. This great force that wishes to exist above the limit set by the mass.

Riding a wave in the spiritual plane is much harder than one thinks. The threat of drowning and falling down is much more scarier, than to have it happen in real life. The wave can be small and grow into a tsunami, but one is in control of the height and mass of the water that rises.

I started to go off on a subject of how, when we are young and immature, we think only of the night and great adventure that is taking place, at that very moment. One wishes that it will not end, for it is too much excitement and going back to a life of work and school is boring. There is no thought of the next day, when we surely get up from our small amount of sleep, and do it all over again.
Then we get a little older and the past becomes a memory, and the adventures become few and far between. You look at your friends and wish the night would not end, for you do not know when the next great adventure will take place. Death becomes part of your everyday vocabulary. You wake up from a full nights sleep, and the next day, you return to your life of being responsible. Funny, how you wish to be away from your family, when you are young, because you think that they do not understand your life. As you get older you find that you miss them more than ever, and wish that you had gravitated towards your home and center of being, rather than propel in any direction away from it.

The card sits in the position of the Crow/Spirit. One will put on the hat of soul. The Magician. The Mystic. We find that riding a wave into our destination can be simple and effective. It will never be too great to ride, for we are the creator of it. What if the energy is simply wishing to move forward and you in turn are trying to go against it. Would it not be funny to see a surfer get up and want to ride the wave in the opposite direction. Can you turn a wave around?
Nope.
So why does one try to turn the energy around. To state "hey! I want to go that way!"

Source simply looks at  you and keeps on walking. It reminds me of the movies, when you see a character holding the map, looking confused, and states "I think it is this way...wait....yes!...I am sure it is this way!". The intuitive being that is on their journey, advises the map holder, that they feel it would be better if they traveled in a different direction, but the map holder is always right, in their small world, and in turn they follow him.
The intuitive being, representing Source, walks with Faith in a different direction.
They both meet up at their destination, but the map holder arrives at a later time. The Intuitive person asks "What took you so long?"

The Map holder is upset and in turn has no map at all in his hand. He states that there were thieves and monsters on the main road and he had to run for his life. He lost the map and a band of Gypsies picked him up and helped him to his destination, but was taking a little off route.
The Map holder asks how the Intuitive being arrived so fast. The Intuitive being states that he simply walked a few steps south and found a short cut that led him straight to his destination.

Which one was riding the wave in?

Actually both were doing it, but one decided to really let the energy flow and be okay with where the wave was taking him. The other refused to simply enjoy the ride, and in turn would cause his own confusion and mishap adventure. One will eventually arrive at their destination, in one piece, but one decides on how the energy of the adventure will be. Easy or hard. Pleasant or Unpleasant.
What is your adventure like right now? 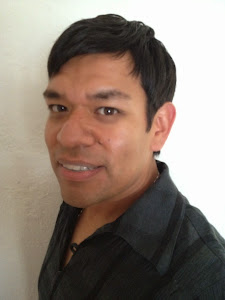 I am an experienced Tarot Reader and Mystic. I have been reading Tarot Cards for over 15 years and also integrate numerology and astrology into the readings. My gift is not about seeing what is in the future, but it is about how you can best pull from your circumstances and lessons that are happening right now. Then you are able to move forward and make a decision based off of clarity. If you would like a Session, please contact me by phone or through Email to set up an appointment.

If your question is small and will only take a few minutes then I do charge by the minute. The rate is a dollar a minute. All payments must be received before the session starts and will be verified through pay-pal.

Email: aaron.lozano76@gmail.com (please put "Tarot Session" in the subject line of the email.)